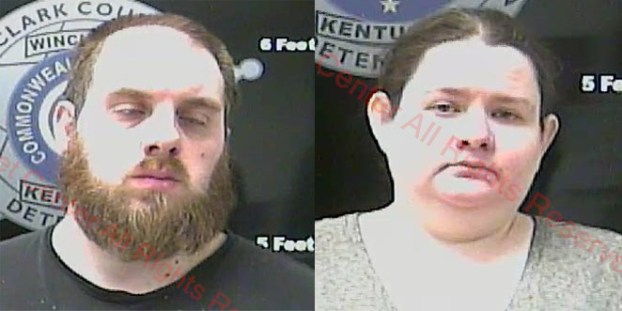 A Clark County couple was indicted for criminal abuse after police and social workers found their home nearly unfit for their infant.

Angela Rose Teboe, 34, and Andrew J. Teboe, 32, were indicted Friday on one count each of second-degree criminal abuse.

Detectives with the Clark County Sheriff’s Office and Winchester Police Department received a tip in January of a child living in poor conditions.

When detectives went to the residence on Hackberry Circle, they said they could smell ammonia and animal feces before setting foot inside the home.

Social Services was notified, and a social worker came to walk through the residence with officers.

Inside, they found animal feces on the floor throughout the house. Trash was piled up in the living room, and there were fly traps throughout the home. Those living in the home included the Teboes’ then six-month-old child, two dogs, a ferret and more than a dozen cats.

“Basically, the residence was unbearable to walk through due to the conditions,” Clark County Sheriff’s Detective Matt Eversole said in January.

Andrew Teboe told detectives he worked a lot of overtime at his job and was too tired to clean. Angela Teboe said she spent all her time caring for their child.

There were no signs of any physical abuse to the child, Eversole said.

In March, state police arrested McGowan as the result of an undercover Internet Crimes Against Children investigation.

According to the arrest citation, a Yahoo account tied to McGowan had uploaded several explicit images of child exploitation. McGowan reportedly admitted to using the account.

For most of his life, Donnie Parsons represented both youth sports and the parks department in Winchester. He was parks... read more