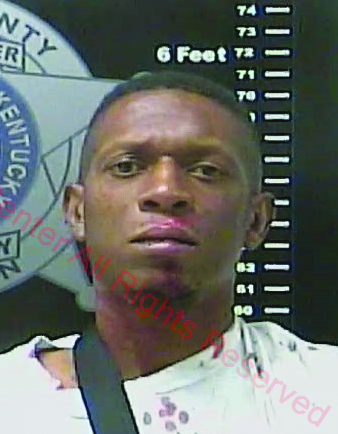 Dominic Taron Simmons, 35, of 19 Second St., was also served a warrant second-degree assault for allegedly hitting a man a couple weeks ago.

The victim told police Simmons there was a physical altercation and that Simmons struck her, Palmer said.

Officers later located Simmons at his home, where he was arrested on an outstanding warrant for second-degree assault. The warrant, Palmer said, was issued by the county attorney’s office and alleged that Simmons “walked up and punched (the victim) in the face.”

Second-degree assault is a felony charge which includes causing physical injury with a weapon or instrument.

As officers were leading Simmons to the car, Palmer said he started to run.

“Between leaving the house and getting in the cruiser, Dominic broke and ran,” Palmer said.

Simmons, who was in handcuffs at the time, was recaptured by officers and taken to the Clark County Detention Center.

Nearly 25 years after Joseph B. Martin died on the railroad tracks near Washington Street, his cousin confessed to his... read more