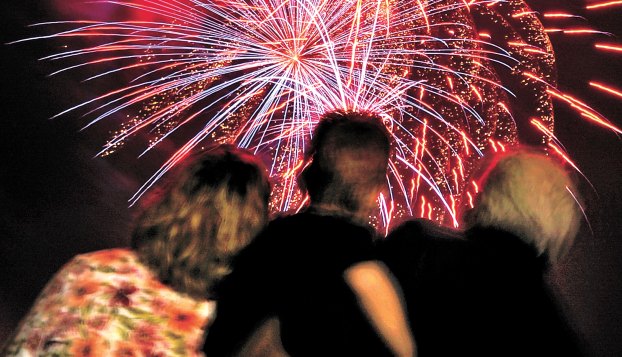 There have been a lot of things going “boom” and “pow” and “pop” late at night.

It’s the time of year for fireworks again, legal or not.

Within Winchester, fireworks can legally be sold or discharged beginning Saturday at 10 a.m.

That’s not stopped from enjoying the Fourth of July more than a week early.

“We’re starting to get some (complaints),” Winchester Police Capt. Harvey Craycraft said. “The next couple weeks will be a doozy.”

City ordinance allows for about 10 days around the July 4 holiday for the sale and use of fireworks. It also requires that people be 18 years old in order to discharge fireworks and that they must be 200 feet away from any structure, vehicle or person.

Official hours are from 10 a.m. until 11 p.m. through July 6. Law enforcement officials will often get multiple complaints about fireworks being used outside specified hours or days.

“We will respond to all complaints and do what we can,” Craycraft Said. “It is the Fourth of July. There will be some shot off.”

“”They’re still getting set up,” Henry said Thursday morning. “They should be stocking Friday.”

As of Thursday morning, Henry said the city has issued six business licenses for fireworks vendors, and a seventh had just applied for a license. In 2019, there were eight licensed vendors in town, so things are comparable to recent years, he said.

Locally, fireworks have not caused fires in recent years, Henry said, but they remain a significant cause of fire and injury across the nation.

Henry said the most recent national data indicated there were about 19,500 fires in 2018 which were caused by fireworks in the U.S.

“Sparklers cause most of the burn injuries,” he said. “We’ve had calls from people hearing things hit their roof and we’ll check it out.”

Henry said people should remember to keep a bucket of water or a hose close at hand to extinguish fireworks. Duds should never be relit or handled, but soaked in water. Only adults should discharge fireworks.

“Common sense goes a long way,” he said. “Watch your kids. Keep your distance when folks are shooting (fireworks) off.”

Clark Regional to get $3 million in settlement

Clark Regional Medical Center is expected to get more than $3 million in a settlement involving Medicaid funding rates. The... read more