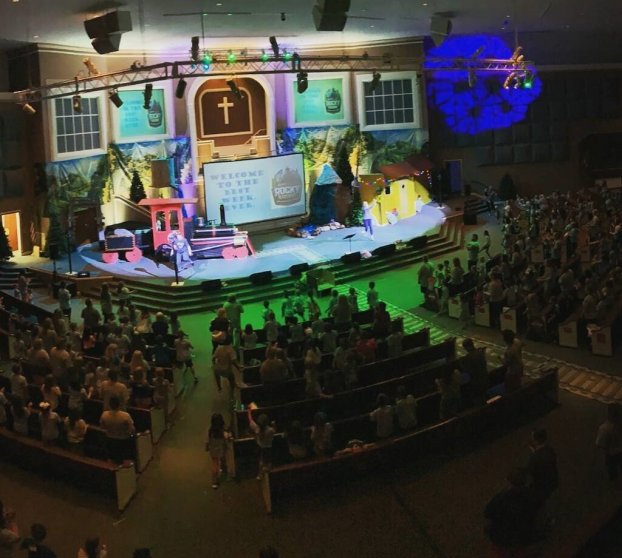 Vacation Bible School, a staple in Kentucky Baptist churches for decades, has had a great rebound summer in 2021.

Because of the pandemic, many churches were forced to either not have VBS or have it virtually. It has come back with more energy and excitement than ever according to churches who have reported results to the Kentucky Baptist Convention.

Professions of faith and bigger attendance numbers have driven a renewed enthusiasm not only for the children who are coming but the workers.

“From what we’re seeing both in response from families, the engagement in communities and the interaction with churches have been superb,” said Matt Flanagan, children and student ministry consultant of the KBC. “We’ve had reports of salvations and church members coming together to serve. We’re seeing some great things.”

VBS is one of the most evangelistic outreach events for churches every year, and it was missed in 2020 even though many churches tried virtually. “A great number of churches put together a really good effort to have a VBS last year,” Flanagan said. “But it’s not something we could do as well as we could do it in person. Churches are coming back together and they saw the importance of VBS.”

Church ministry leaders who did everything they could to make VBS happen last summer admit it wasn’t the same. The number of salvations was dramatically down, but it has risen to great heights again this summer.

Churches have been creative in promoting VBS, including with the Gospel to Every Home packets.

Little Clifty Baptist Church had its first VBS in several years. Church members went door-to-door for 250 visits. Their efforts resulted in 75 attending and 10 professions of faith.

Creekside Church in the Pikeville area had more than 150 children and youth enrolled  and averaged about 115, Pastor Jason Johnson reported on Facebook. “That’s over 150 that got to hear the Gospel of Jesus Christ!!! Praise the Lord! I’m so thankful to our church family… some of the hardest workers I know!”

First Baptist Church in Richmond averaged more than 300 per night in a huge VBS in June. It was one of several churches who saw a big increased in attendance not just from last year but previous years.

Stories like those have not gone unnoticed. Dr. Todd Gray, executive director-treasurer of the KBC, has enjoyed watching the numerous positive reports from churches about what happened at VBS.

“Vacation Bible School is one of the most important tools in the evangelism strategy of most Kentucky Baptist Churches,” he said. “VBS provides a unique opportunity for pastors and children’s ministry leaders to sow and nurture the gospel seed in the lives of children. It is also a time when many children repent and believe the gospel. I could not be more encouraged by the early VBS reports we are hearing from churches.”

Several churches still have VBS scheduled through the rest of July and even into August. Two churches dedicated their VBS offerings to Sunrise Children’s Services, collecting around $10,000 between them. Others gave to missionaries and other projects, and all provided a boost to those who were supported.

The boredom that came from being locked down and doing virtual learning during the pandemic was an impetus for VBS to go big this summer, Flanagan said.

“Certainly the lack of quality programming for kids over the past 15 months has been a spur to get families back and give something meaningful to children,” Flanagan said. “I think also the recognition of how important the VBS ministry is to the church. Oftentimes, it’s the number one evangelistic tool. They took that out of the toolbelt for 2020, and evangelism results looked very different. It’s a recognition of how important that is as well.”

FRANKFORT, Ky. – The Kentucky Hemp Association is fighting back in the courts after what they say were several police... read more