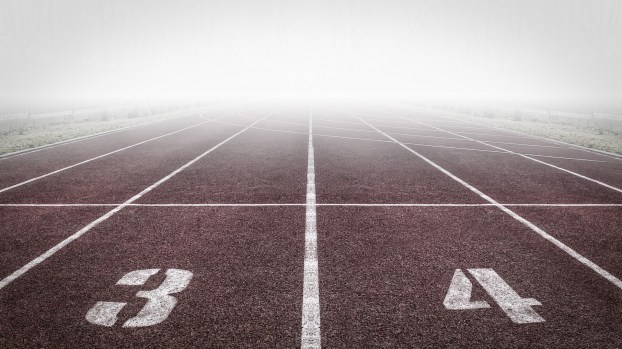 Roger Bannister and the I M possible

“However ordinary each of us may seem, we are all in some way special, and can do things that are extraordinary, perhaps until then…even thought impossible.” ~Sir Roger Bannister

The most gifted runners in the world started chasing the goal of a four-minute mile in the 1880’s. In the 1940s, the record for running a mile reached 4:01. At the time, it was thought impossible for a human to run a mile under four minutes. Not dangerous. Not just hard. Literally impossible.

Bannister won a scholarship to Oxford for running and dedicated his life to winning the 1500 meter race in the 1952 Olympics. Everyone expected him to win. When he came in an embarrassing fourth place, he fell into a deep depression and thought about giving up running for good.

He decided to take one more shot at glory by beating the four minute barrier. His trainers told him again it was impossible. He trained even harder, started shaving seconds off of his time. Second by second, he approached his goal. Then his trainers said it just might be possible under the right conditions. He would need a dry clay track and a warm, completely windless day.

May 6, 1954 was a cold, wet, windy day. Few spectators came to watch because the weather was so miserable. On that day, Bannister was once again told it would be impossible to break the record. He was used to hearing it without taking it to heart.

Running into pelting rain and 15-mile an hour winds, he became the little engine that could. Despite a world that told him he couldn’t do it, Bannister broke the record and ran a mile in 3:59.4.

Bannister’s story is exciting to be sure, but what came next is the true inspiration. For over a decade, no one broke the record because they told themselves it was impossible. 46 days after Bannister’s race, Australian John Landy beat his time. In the next two years, 37 other runners ran a mile in under 4 minutes. Since then, more than a thousand runners have conquered a barrier that had once been considered hopelessly out of reach.

Did the human race evolve quickly into better, faster runners? Of course not. Their physical attributes didn’t change. But their mindset did. It was always a psychological barrier, not a physical one. Once they believed they could, they did.

Bannister’s true legacy is one of mind over matter. He refused to accept the limitations that defined conventional wisdom of his time. It wasn’t just about out-performing his rivals. It became about transforming what we believe is possible. He trained his brain – specifically the RAS, or reticular activating system – to filter out all instances of the word impossible and instead scan the environment for things that supported his belief he could do it. That made him pay special attention to things that help him achieve his I M possible goal.

The Summer Olympics begin this week in Tokyo, Japan. Every athlete we will watch has trained their brain as hard as they have trained their bodies. Regardless of who stands on the podium at the end of the day, they each bring a much-needed sense of I M possible to a world that leans into the cultural messaging that we are not enough. And I for one am happy to see it.

Olaus Alinen believes that the University of Kentucky football coaching staff saw a “great opportunity” when he was offered a... read more