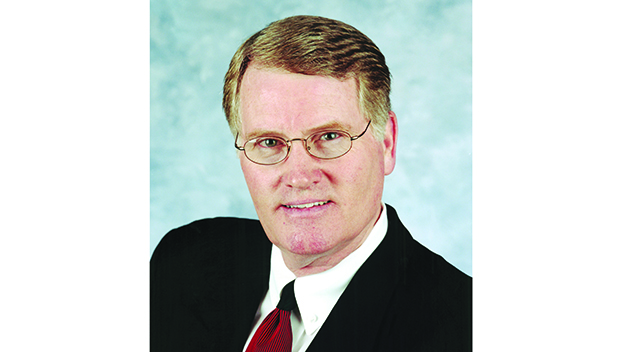 “It is with great sadness that we learned today of the passing of our colleague and dear friend, Sen. Tom Buford. Tom was a dedicated public servant who proudly represented his constituents in the 22nd District, and brought an abundance of insight and experience to some of the commonwealth’s most complex issues during his over 30 years of service in the General Assembly. Tom’s wit, intellect, and zest for life will be missed by all who knew him. Our thoughts and prayers go out to his family, friends, and loved ones during this incredibly difficult time.”

Born in 1949, Buford served on the Senate’s Licensing & Occupations Committee, the Banking & Insurance Committee and the Appropriations & Revenue Committee. He served as the Senate Minority whip from 1991-1992 and as the Minority Caucus Chair from 1993-1996.

“I am deeply saddened by the news of the passing of my fellow senator and close friend, Tom Buford,” said Senate President Robert Stivers. “I had the honor of serving alongside Tom in the Senate for close to 25 years, and was I lucky to have had the opportunity to witness his political acumen as well as his infectious sense of humor. Tom was proud to serve Kentucky as a state senator and to represent the wonderful people of the 22nd District. Tom was proud to be a father and husband to his wife, Carol, and two children, Stephanie and Beau. I want to convey the tremendous respect I have for Tom’s years of service to the Commonwealth. My heartfelt sympathy goes out to his family and loved ones.”

“We are very saddened at the news of Sen. Tom Buford’s passing. We are grateful for Tom’s legacy of service and leadership to his state and community as a lawmaker and a business leader, and he will be missed as a loving father, grandfather and friend. Our hearts and prayers go out to his wife Carol, their children and grandchildren, and all of their loved ones that they may be comforted in this time of loss,” said Republican Party of Kentucky Chairman Mac Brown.

Funeral arrangements for Sen. Buford were not available for this week’s print issue. The latest information can be found on our website at www.jessaminejournal.com.

By Jacqueline Pitts Kentucky Chamber of Commerce Kentuckians who are in recovery from substance-use disorder, and people who are trying... read more