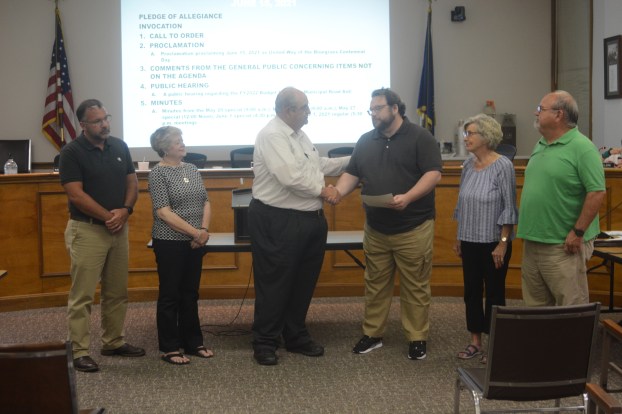 Since 1921, United Way of the Bluegrass has worked with businesses, volunteers and other non-profit organizations to invest in projects that improve the education, basic needs and financial stability of every person in Central Kentucky. Throughout its life, the organization has invested nearly $240 million to the counties of Clark, Fayette, Anderson, Bourbon, Jessamine, Madison, Montgomery, Scott, Woodford and now Franklin (as of Aug. 1, 2020.)

“Thank you to members of the council for this recognition,” Matics said, shaking Burtner’s hand. “We will do our best to make this next century a prosperous one.”

For more information regarding United Way of the Bluegrass, visit their website at UWBG.org.