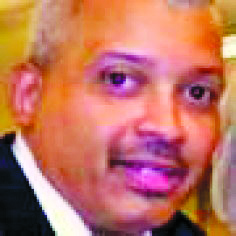 Visibility of hate in full focus

We recently discovered a phenomenon that’s even more bizarre than UFOs.

That is, many respondents in a new survey couldn’t name a prominent Asian American person.

In fact, 42 percent of those polled replied “don’t know.” But two celebrities were named the most: Jackie Chan (with 11 percent of the responses) and Bruce Lee at 9 percent.

What do Lee and Chan have in common? They are both martial-arts experts. And note that Lee died in 1973.

Another intriguing result of the poll is that the ”don’t know” answer crossed a broad spectrum of racial lines: White, Black, Hispanic.

What about Andrew Yang for an answer? He only ran for president of the United States just last year. Now, he’s running for mayor of New York, the largest city in the country.

And Kristi Yamaguchi, who won the ladies’ singles figure skating gold medal at the Albertville, France, 1992 Olympic Winter Games for the United States, not Japan, where her grandparents emigrated from and ended up in a U.S. internment camp for the Japanese during World War II.

That’s important because one in five survey interviewees indicated Asian Americans were “more loyal to their countries of origin than to the United States.”

In a further testimonial to Kristi, a pair of her skates have been on display at the Smithsonian Museum of American History here in Washington.

In 1952, acclaimed Black author Ralph Ellison released “The Invisible Man.” The ground-breaking novel focuses on a young, college-educated Black man struggling to survive and succeed in a racially divided society that refuses to see him as a human being. Therefore, he is, in effect, “invisible.”

All of this provokes the question: Are Asian people the new “invisible” community, in the context of Ellison’s powerful book, as we recognize May as Asian American and Pacific Islander Heritage Month?

That survey surely makes one wonder. For background, the poll was commissioned by Leading Asian Americans to Unite for Change (or LAAUNCH). The survey polled 2,766 American adults across the country regarding Asians, the fastest-growing racial group in the United States.

It was conducted between March 29 and April 14, about two weeks following the tragic massage-parlor shootings near Atlanta, in which eight people were killed, including six women of Asian descent.

That incident sparked an awakening in this country as many Americans expressed shock that the Asian community has been the target of racial violence and verbal attacks, much of it scapegoating them for China’s role in the coronavirus pandemic.

Still, there are some holdouts as the survey revealed 37 percent of White Americans expressed an unawareness of hate crimes against Asian Americans the past year. Furthermore, 35 percent of Republicans and 12 percent of Democrats said the issue isn’t pivotal enough to be addressed.

For 20 years, Daniel Mayeda worked as an entertainment/media attorney in Los Angeles who has led a multi-ethnic coalition to persuade the four major television networks to increase diversity in front of and behind the cameras. Now, Mayeda, a Japanese American, is associate director of the Documentary Film Legal Clinic at the UCLA School of Law.

Mayeda told InsideSources, “If a substantial percentage of Americans still don’t view anti-Asian racism as a problem — after the Atlanta killings and repeated, well-publicized incidents with graphic video evidence of anti-Asian hate crimes committed in the past year — then they are essentially unreachable. One has to ignore reality to continue to believe that Asian Americans do not face racial discrimination.”

Though White folk have been involved in the plurality of hate incidents perpetrated against Asian people, national television news seemingly has ignored a dirty, little secret  . . .

That is, visual and anecdotal evidence as clear as a Windex window has documented Black males and females nationwide — middle school to middle-aged — stomping, punching, robbing, spitting, cursing with racial slurs directed toward Asian members of our society.

And there is this contradictory, convoluted chunk of information from CBSN, the digital platform of CBS News: “While many viral anti-Asian hate incidents have been perpetrated by Black people, police data shows that race does not play a ‘major role’ in reported attacks, said Tommy Ng (commander of the NYPD Asian Hate Crimes Task Force). Instead, the ‘common denominator’ among perpetrators — ‘the bottom line’ — is mental illness, something he says has been exasperated by the stress and pressure of the pandemic.”

This sounds like a built-in, mental-illness excuse in the offing from Commander Ng.

Question: If race isn’t a “major role,” then how can these incidents be termed hate crimes? And can a mentally ill person comprehend hate?

According to the Poynter Institute — a Florida-based journalism think tank and research organization — the Asian American Journalists Association is planning conversations that examine the relationships between AAPI and Black communities, “and how journalists can either amplify or refute the wedge that’s often shoved between our two communities.”

Now, back to the top, regarding that “don’t know” crowd.

That 42 percent of survey respondents couldn’t name those two as prominent Asian Americans is a poor reflection of our diverse, socio-cultural mosaic.