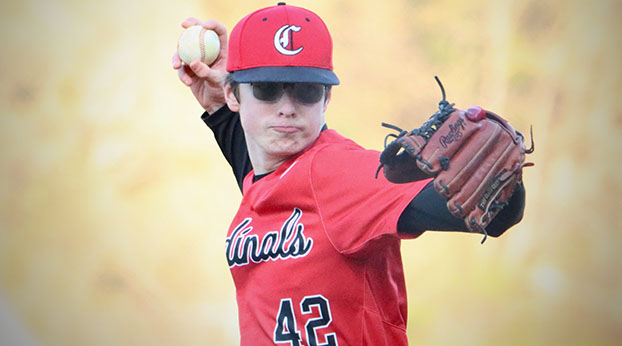 Lochlan Hansel threw a perfect game against Paris Wednesday as the Cards picked up an 11-0 win. - Photo by Jon Paul Martin

Lochlan Hansel pitched a perfect game on Wednesday against the Paris Greyhounds.

The Cardinals picked up the 11-0 win behind Hansel’s 5-inning outing where he struck out six Greyhounds while allowing no hits or walks, and the defense behind him made no errors.

Brady Davis tripled to drive in two Cardinals in the first inning, and GRC picked up four more in the third from hits by Davis, Ben Dewalt, and Caden Matthews.

The Cards finished with nine hits in the win, improving their overall record to 6-8, with a 3-2 district record.

GRC will be on the road Saturday to face Morgan County.