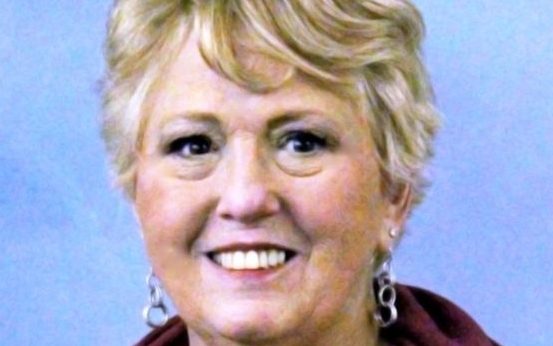 Because he lives I can face tomorrow

Easter will be here this Sunday. It represents so much to me!

As a child growing up, I knew I would get a new Easter outfit complete with a new pocketbook and shoes. Until I turned a teen, my shoes were made of black patent leather. Once I reached my teen years, I got to choose my heels and pocketbook if it was not too pricey. Luckily, since Mom and Dad had become very good friends through the years with the owners of the Family Shoes store in Mt. Sterling, and they were often given a discount on some of the shoes. The owners were a Jewish family who had pictures of them with President Eisenhower in their store. They were so nice always to us, and though Easter was one of the very few times we all got new shoes, they still made good money from our large family.

Though, I never got an Easter basket that I can remember growing up, I always looked forward to Easter. From going to church all my life, it did not take me long to realize that a new dress and Easter baskets are not the most important part of Easter.

Jesus’scrucifixion and his resurrection are now what is most important to me. Through the years I came to know what Easter truly was about! I have been blessed to hear some very powerful and moving sermons about Jesus’ crucifixion. With each I have learned more on what took place within a week’s time in Jerusalem.

As our pastor mentioned on Sunday, one week before the crucifixion, Jesus rode through the streets of Jerusalem in a grand and glorious parade. Palm leaves were being laid in front of the donkey that he rode. The crowd were glorifying his name. No one on that day could have possibly known what lay ahead only a few short days later.

A week later, Jesus took the Via Dolorosa, which is about a half mile walk through old Jerusalem on his way to Calvary. This time he was beaten, mocked, screamed at, spat upon, and this entry was a far cry from the previous week. Via Dolorosa is called the sorrowful road. If you have ever seen the live re-enactment done by the Winchester First United Methodist Church, it gives you just a small inkling of how horribly sad that half mile was. If you can see this and not have tears in your eyes, I would find it very hard to believe. I could not help but put myself in Jesus place and think how he did not have to take those lashes but did it to fulfill what he came to earth for. Jesus chose to walk that road out of his love for you and me. The youth do such a wonderful job portraying that day in Jerusalem.

The road of suffering came to an end only after nail spikes were rammed through his hands and feet. His suffering in the hot sun came with a vinegar mouth wash and jeers. It was finally over and ended as he bowed his head and died. He died for you and me!

Who would have ever believed that some of the very people who had spent hours with Jesus, like Judas and Peter, would deny they even knew him for fear of what Pilate might do to them? It makes me wonder how many of us would stoop so slow. Do we do it daily?

Jesus was put in a tomb with boulders so no would be strong enough to move them to take away his body. Little did they know that a tomb could not stop Jesus. Most know the beautiful story that three days later Jesus would live again, and it would be witnessed by others. A grave could not hold him. As the song says, “He arose a victor over the dark domain, and he lives forever with his saints to reign!”

This Sunday, pick a church of your choice and worship! My favorite song that means so much to me and always brings tears to my eyes is: “Because he lives, I can face tomorrow. Because he lives, all fear is gone. Because I know, he holds the future. And life is worth the living, just because he lives.”

We all have a reason to face each new day! Have a beautiful and happy Easter, everyone!

What legislators accomplished despite governor

RALPH ALVARADO State Senator I am penning this legislative update one day after decompressing from a hectic final two days... read more