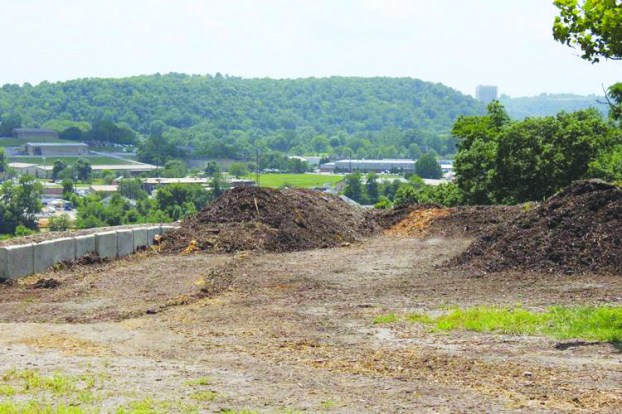 Franklin County’s animal composting facility has been open since 2016. In its first six months of operation, about 205 dead animals were processed that otherwise would have been sent to the landandfill. (Photo courtesy the State-Journal)

Within the coming weeks, Clark County farmers will have a new option for disposing of their livestock carcasses.

Clark County Road Supervisor Allan Curtis, who is overseeing the program, said he initially hoped to start March 1, but the recent winter storms and flooding have pushed it back to April 1.

Bringing the service in house is expected to be more cost-effective to the county, which does not charge farmers for the service.

Clark County Judge-Executive Chris Pace said the county budgeted $70,000 for dead animal disposal for the current fiscal year. With more than three months left, there is less than $1,000 left for the program, he said.

In the last couple years, the price of dead animal removal has skyrocketed from a number of factors, including Indiana rendering facilities not accepting Kentucky animals any more, Curtis said. The county’s current contractor charges about $90 per animal, Pace said.

In a recent Clark County Fiscal Court meeting, a couple residents of the area voiced shared their concerns about the project and the potential impact on their quality of life.

“We don’t want to smell it,” resident Bobby Bailey said Feb. 25. “We’ve got a lot of questions. The majority of us oppose it.”

Fellow resident Danny Hall said he was concerned about the potential odors as well.

“We put up with the landfill for years,” he said.

John Chism, a Clark County resident who works for the Department of Agriculture, said there shouldn’t be any odor.

“I can tell you from personal experience… If they are being managed properly, there is no odor, no smell,” Chism said.

Curtis said he has toured animal composting facilities in Franklin and Woodford counties and there is no lingering odor.

“The only odor is when the truck comes in with the (animal),” Curtis said.

“Once it’s covered up, there is no smell,” he said.

Over the course of six weeks or so, a cow will decompose under the wood chips as the temperature rises to about 150 degrees. The employee at the facility, he said, will monitor the temperatures to make sure everything is correct.

“If the temperature is off, you mix the pile,” he said. “The technology has been around for thousands of years.”

The end product, Pace said, would be a nitrogen-rich supplement which farmers could use.

“The landfill smells worse than the compost site,” Curtis said.

The site and operation is also subject to oversight and inspection by a half-dozen state agencies as well, he said.

Composting has been an established practice in other parts of Kentucky for years, he said, but recently began appearing in the Bluegrass as other options for animal disposal dried up, he said.