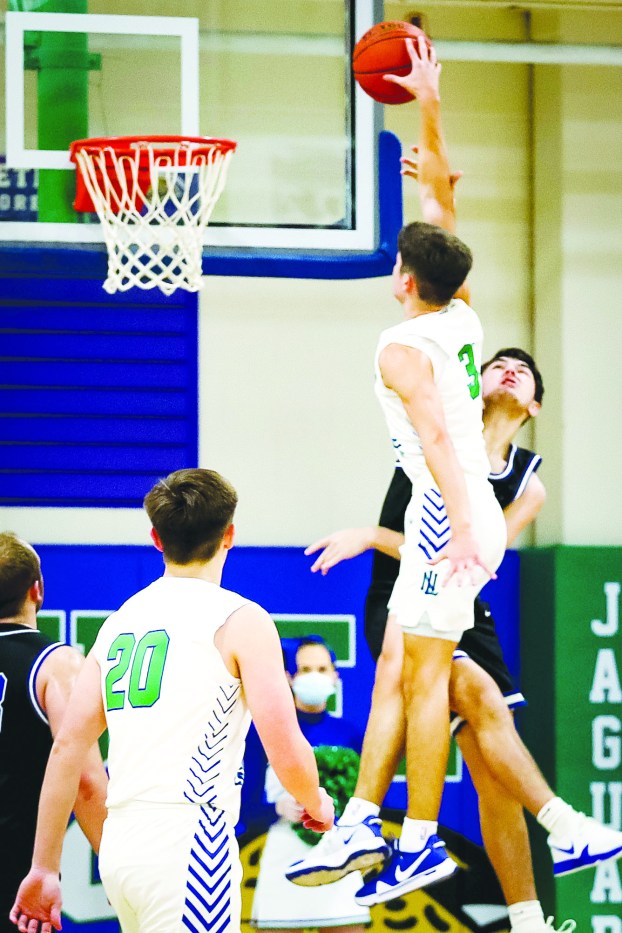 Reed Sheppard and North Laurel will face Lexington Catholic Saturday in a game that will be televised on The CW Lexington.- Les Nicholson Photo

One of the state’s premier boys high school basketball matchups will be shown on The CW Lexington Saturday at 2 p.m. when North Laurel and Lexington Catholic — both unbeaten going into play this week — play at Lexington Catholic.

Jeff Anderson, WKYT-TV vice-president and general manager, said this would be the “debut of airing” games on CW Lexington. They have been having high school games on WKYT.com in congestion with PrepSpin and are hoping eventually to have a game of the week each Saturday.

“We will simulcast the game to the CW and you can also go to  PrepSpin.com or WKYT.com to see the live stream of the game,” PrepSpin founder William Warfield said.

Reed Sheppard, the son of former UK standouts Stacey Reed and Jeff Sheppard, is a statewide sensation for North Laurel. He’s averaging 33.6 points and 7.4 rebounds per game this season and is shooting 55 percent from the field, 40 percent from 3-point range and 87.3 percent at the foul line.

Johnson is averaging 27.8 points and 6.6 rebounds per game this season and shooting 56 percent from the field, 47 percent from 3-point range and 82.4 percent at the foul line.

You can go to https://www.cwtv.com/thecw/stations/ to see if the CW in your area will have Saturday’s game.

BY LARRY VAUGHT Vaught’s Views Olivier Sarr admits that not a lot of people in his native France know a... read more