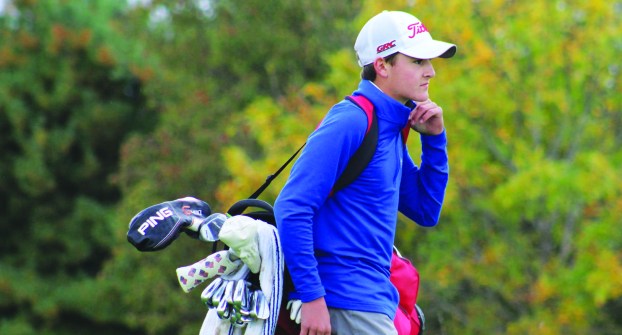 Jacob Settles of the George Rogers Clark High School’s men’s golf team was named Kentucky PGA Junior Tour Player of the Year for the boys 14 and under division. (Photo submitted)

The Kentucky PGA Junior Tour recently announced the 2020 Players of the Year across its 11 divisions. After the season’s start was delayed nearly three months because of the COVID-19 pandemic, these players separated themselves in the Tour’s 28 tournaments that took place during the 2020 campaign.

His seven starts throughout the year were highlighted by victories in two of the three major championships, plus victories in the Series Tournaments at Quail Chase Golf Club, Campbellsville Country Club and Winchester Country Club.

Settles also has the distinction of recording one of the lowest rounds of the season, a feat that came at Gibson Bay Golf Course when a final round 66 (-6) helped him come from behind to win the Kentucky Boys Junior PGA Championship.

“I had a great summer this year,” Settles said. “I’m very excited to have won this award. I worked very hard and I’m looking forward to the upcoming years. I hope that hard work will allow me to play golf in college one day.”
Each Player of the Year will receive a custom-made golf bag representing their feat.

Keeping with the Cardinals: Azariah Israel commits to U of L

BY JON PAUL MARTIN, Sports Correspondent Azariah Israel will still be a Cardinal as he continues his athletic and academic... read more