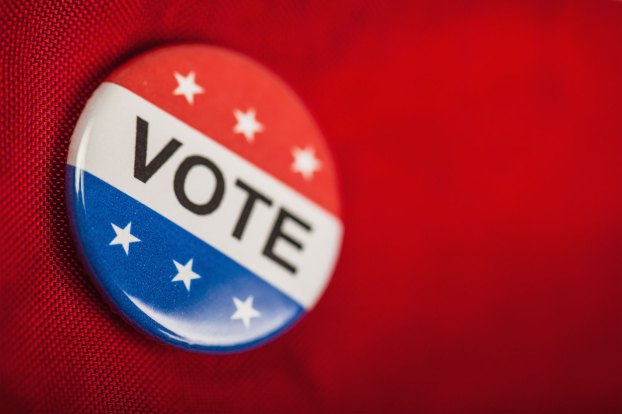 Who’s on the ballot? Voters to decide on local, state, federal office holders

Voter turnout is expected to be heavy in Clark County for the 2020 general election, not only because of the presidential contest, but also because voters will decide on who will represent them at City Hall, in the state legislature and Congress and on the local school board.

They will also have an opportunity to vote on a couple of state constitutional amendments about victims’ rights and terms for judges and prosecutors.

Only residents within the city limits of Winchester can vote for members of the Board of Commissioners, who serve two-year terms. Candidates for the non-partisan race include all four current commissioners who are running for re-election, Shannon Cox, Kitty Strode, JoEllen Reed and Ramsey Flynn, as well as three challengers, former Commissioner Kenny Book, Hannah Toole and Sam Williams.

There are three candidates for the District 2 seat on the Clark County Board of Education currently held by Scott Hisle, who is stepping down at the end of this term. They are Brenda Considine, a retired teacher and administrator at the district and state levels, Patricia Stewart-Hopkins, a counselor, and Heather Penichet, a real estate agency manager.

Megan Hendricks is unopposed for the District 3 seat on the school board currently held by Gordon Parido, who chose not to run again, and Ashley Ritchie, the board’s chair, is the only name on the ballot for District 5, but she is opposed by a write-in candidate, Michael Cecil.

Board Members Sherry Richardson, the vice chair, and William Taulbee are not up for re-election this year because the elections for the districts are staggered.

School board members, like city commission members, are not elected by party.

The race for the state representative’s seat for the 73rd District, which includes all of Clark County and a small part of Madison County, has generated a great deal of interest. Ryan Dotson of Winchester, a local pastor and restaurant owner, who has run for the legislature and for county judge-executive before, is the Republican candidate, having narrowly beaten Rep. Les Yates, R-Winchester, in the GOP primary in June. The Democrat is Kenny Blair, a retired Winchester firefighter who now lives just across the Kentucky River in Madison County. There is also a write-in candidate, Jada Brady, a registered Republican running as an independent.

In state and federal races, Democrats have a slight advantage in voter registration, with 14,112 of the county’s 30,401 registered voters as of Oct. 10, compared to 13,075 Republicans. But in recent years, the county has been trending red in its voting, with Clark County going heavily for President Donald Trump in 2016.

In the 6th District U.S. House race, the incumbent Republican, Congressman Andy Barr, who has held the seat for nearly a decade, is being challenged by Democrat Josh Hicks, a Lexington lawyer who is a former police officer and a Marine Corps veteran.

Frank Harris of the Libertarian Party is also running.

Republican U.S. Senate Majority Leader Mitch McConnell, who has been in the Senate since 1985, is seeking a seventh term. He is running against Democrat Amy McGrath, who is also a Marine veteran, a retired fighter pilot and lieutenant colonel who ran unsuccessfully against Barr for the House two years ago and has amassed a large war chest, as McConnell has also. The Libertarian Party’s Brad Barron is also a candidate.

Other presidential tickets on the ballot include those of the Libertarian Party, Jo Jorgensen and Jeremy “Spike” Cohen; Hollywood celebrity Kanye West and Michelle Tidball, who are running as independent (nonpartisan) candidates; and Brock Pierce and Karla Ballard of the Independence Party.

In partisan races, voters also have the option of voting a “straight party” ticket for all the Republican, Democratic or Libertarian candidates on the ballot rather than voting for each candidate individually or splitting their votes among candidates for different parties.

Of the two state constitutional amendment questions on the ballot this year, the one that has gotten the most attention and is the most controversial, is the first one, known as Marsy’s Law. It was passed by voters in 2018 but then struck down by the Kentucky Supreme Court because what was on the ballot was just a summary of the proposal. This time the question is worded in its entirety.

The proposed law, which is in effect in some states, proposes to strengthen victims’ rights, but critics say it weakens the presumption of innocence for defendants.

The other amendment would lengthen the terms of district judges from four to eight years and those of commonwealth’s attorneys (circuit court prosecutors) from six to eight to match those of circuit judges. It would also require district judges to have eight years of legal experience as licensed attorneys rather than two years. The major reason for having all the terms be eight years is to make it easier for redistricting of circuits and districts and for allocation of resources.

The polls will be open from 6 a.m. to 6 p.m. on Tuesday, Nov. 3, but because of the coronavirus pandemic, polling places this year are limited to four: the Clark County Courthouse, the rear building of the Cooperative Extension Service Office in the Winchester Industrial Park, Campbell Junior High School (the old high school on Boone Avenue) and Strode Station Elementary School.

Because of the pandemic, the state this year allowed every registered Kentuckian to vote by absentee ballot, claiming the virus as a medical exemption to in-person voting. By Monday, more than 5,600 Clark Countians had voted early at the courthouse and more than 4,500 had mailed in ballots.

Early voting continues through the end of the business day on Monday, Nov. 2.

Mail-in ballots must be postmarked by Nov. 3 to count, but those who are concerned about the County Clerk’s Office not receiving their ballots on time can bring them to the courthouse and drop them into a box that’s there for that purpose.

Berea College is known the world over for its artisans, and it was while he was a student there in... read more