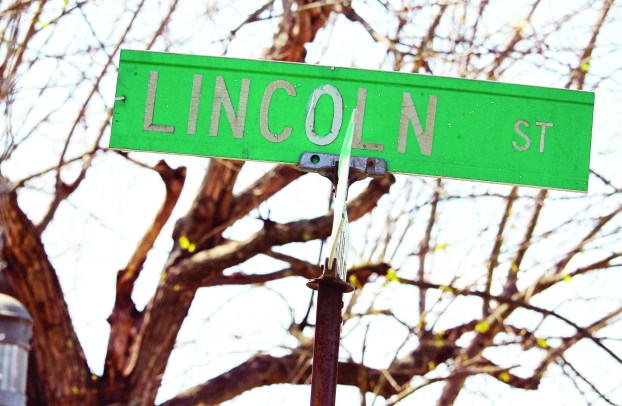 The effort to redevelop Lincoln Street took another step forward as city officials approved contracts for demolition and infrastructure work.

The City of Winchester has been working on the project for more than two years, purchasing property and demolishing homes to bring the block-long street up to current codes.

Tuesday, the Winchester Board of Commissioners unanimously approved a contract with The Allen Company to demolish a house and clean the site at 30 Lincoln St. and clean another 10 sites along the street for $12,800.

The Allen Company submitted the lowest of three quotes for the work.

The commissioners also awarded the low bid for the first phase of pubic facilities work along the street to The Allen Company for $586,075.

“It ’s a very competitive bid for a project this size,” interim City Manager Mike Flynn said of the public facilities project. The four submitted bids were within $90,000 of each other, he said.

The public facilities work will include much of the infrastructure including installing sewer lines, fire hydrants, water lines, sidewalks, manholes and other work along the street.

The city is still working to acquire two more parcels of property, which are going through legal condemnation proceedings and could delay the start of work, as could weather.

The property at 30 Lincoln St. is the last demolition scheduled for the first phase of the project, which focuses on one side of the street. A second phase will redevelop the opposite side.

Ultimately, seven new homes will be built in a partnership with Habitat for Humanity of Madison and Clark Counties, once the infrastructure is complete and the property lines are redrawn.

The street will also be widened to two lanes.

In other action Tuesday, the commission:

— heard a presentation from Alisha James about Boonesboro Trail Senior Living, a new facility being built in Winchester.

— approved the second reading of tax rates for 2020 unanimously.

— approved a contract to Pro Sound and Lights to upgrade technology in the commission chambers at Winchester City Hall for $39,000.

— accepted a bid for sidewalk repairs in downtown Winchester for $238,000 from Southern Contractor of KY. No other bids were submitted.

The American Heart Association’s annual Joe Reed Memorial Heart Walk will be a little different this year because of the... read more