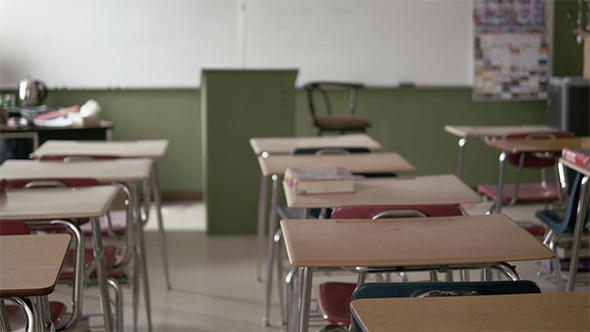 The Clark County Board of Education approved a $56.7 million spending plan Monday that includes the use of $2.3 million in contingency funds, leaving a balance of only $4.3 in reserve.

“We do not have a balanced budget for the fiscal year,” Aleisha Ellis, the school district’s financial director, said.

Board Member Gordon Parido was unhappy about the situation and said the administration had not kept board members informed of the shortfall.

“I really think that we could have done better,” Parido said. “To me, $2.3 million seems pretty unacceptable.”

Ellis reminded members that the budget had been based on the board’s expected approval of a property tax rate of 65.4 cents per $100 of assessed value, but because of the coronavirus’s impact on families, the board had decided to allow the tax to remain at its current rate of 63.7 cents.

Payroll increases amount for most of the spending increase, she said.

Parido suggested the district may have to consider cutting personnel next spring.

In the meantime, board members approved the working budget with the understanding that they would continue to look at cutting non-personnel spending throughout the school year.

Students to return to classes Oct. 30

The board clarified at its meeting Monday that students would return to classrooms on Oct. 30, the day after the nine-week period of virtual learning they had approved this summer ends.

However, it will likely be according to an “A-B hybrid” model that no one on the board seems to like. Students who attend classes in person on Mondays and Tuesdays would do distance learning on Thursdays and Fridays while the second group goes to classes.

That is assuming the students would be seated six feet apart, as public health guidelines recommend, but board members voted on a measure that could negate the six-foot rule.

The board approved the state’s guidelines, which state that if “physical space in the school does not allow for spacing students’ desks 6 feet apart, space desks as far away as possible.”

Board Member Scott Hisle suggested the measure as a way to give Superintendent Paul Christy “cover” for any decision that allows less than the recommended space between students.

Brian Thomas, the board’s attorney, said that it was not a matter of if, but when, the school district would be sued over the requirement.

The board also opted not to decide Monday on whether or not to approve a school facilities construction plan with the priorities of building a new Clark County Preschool and a new Phoenix Academy alternative school. Instead, they would bring the matter back at the Oct. 12 special called meeting.

Parido suggested it was unfair for the current board to pass a four-year construction plan now when the voters were going to be electing two new members Nov. 3.

County officials approved a new agreement to cap its contributions to EMS operations for this fiscal year, cutting it about... read more