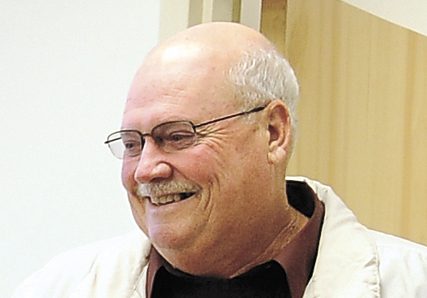 For most of his life, Donnie Parsons represented both youth sports and the parks department in Winchester.

He was parks director for 32 years, after starting as the only full-time employee.

For years, he coached about everything around Winchester including Little League and Civitan basketball.

For the last decade, Parsons worked as a court security officer in the James Clark Judicial Annex in downtown Winchester.

Parsons passed away unexpectedly on the night of Sept. 17.

Perdue, who met Parsons shortly after starting with the Winchester Police Department 39 years ago, said Parsons had worked that day and they had talked for about 30 minutes that evening.

When Parsons started at Winchester-Clark County Parks and Recreation in the mid-1970s, he was the lone employee tasked with maintaining the parks throughout the county. By the time he retired in 2008, the staff was up to five people.

“It was Donnie and two other employees for many years,” former parks board chairman Charlie Eury said. “He was, in many respects, a one-man show.”

The role of the parks department was very different at that time.

When he retired in 2008, Parsons said he didn’t mind the work.

“There were a lot of long weeks, probably 50- and 60-hour weeks,” Parsons said. “Basically I was doing a little bit of everything, from mowing on a tractor to working on the budget, paying the bills … basically everything.”

“This isn’t about one person, but it’s about a community working together in accomplishing goals and projects to have an excellent system that we have right now,” Parsons said in 2008. “With the help of the parks board, the city and the fiscal court, there was a lot accomplished in those 32 years.”

Once the gym was renovated, the walking track became very popular to the point a dedicated group of walkers would begin knocking on the door before the building opened at 8 a.m., Eury said.

“Donnie was usually the one that let them in at 8 a.m.,” he said. “Donnie liked to come in and read his newspaper first thing.”

To avoid the pecking on the windows, Parsons would park behind a building, but in sight of the gym, and read his newspaper, Eury said. At 8 a.m., Parsons would drive over to the gym and open the doors.

“I laughed my head off when I heard what he was doing,” Eury said.

After Parsons retired, he started working for Perdue as a court security officer. Their relationship, though goes back much farther than that.

“We go back to the day I started at the (Winchester) police department in 1982,” Perdue said. “I met Donnie through sports where he was involved in Little League, Civitan and everything else. I recruited him to be one of my ringers for FOP basketball. I recruited his best friend Hershil Bowling too. He was an animal.”

Perdue coached youth sports for many years as well, which cemented the friendship.

“We developed a fast, close friendship that’s gone on for almost 39 years,” Perdue said. “We played some golf together. He was a community servant. He was a gentle giant.”

Arrangements and services have not been announced.

Superintendent Paul Christy’s recommendation still stands. He wants students to continue distance learning until the end of October. That had... read more