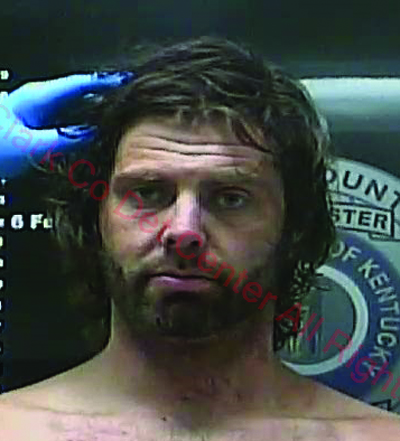 A domestic fight turned into a foot pursuit for a deputy sheriff and multiple charges for a Lexington man.

Justin Wayne Bailey, 32, was arrested at 10:16 p.m. Sept. 12 on Combs Ferry Road after he allegedly assaulted a deputy sheriff and fled the scene on multiple occasions.

According to court documents, Clark County Sheriff’s deputies were called to 312 Combs Ferry Road for a report of a man and woman fighting in a church parking lot.

When Deputy Colton Lewis arrived on the scene, he found the man trying to start a pickup truck, but he hid under the dashboard. The man, later identified as Bailey, initially refused to get out of the truck. When he did, he refused to show the deputy his hands and was hiding behind the door.

During the conversation that followed, Bailey admitted to drinking alcohol. When he was told to step in front of Lewis’ cruiser, he ran about 50 feet down the road before taking an “aggressive stance” with fists clenched and saying, “I’m not going to jail.”

Lewis said he ordered Bailey to get on the ground, but he refused and continued to advance. Lewis said he struck Bailey three times with his baton, but Bailey pushed past and ran again, diving head-first through a barbed wire fence and continuing through a field.

When Bailey stopped again to confront the deputy, Lewis said he used his Taser. Bailey was then arrested without further incident.

He was charged with driving under the influence, first-degree fleeing or evading police, third-degree assault, resisting arrest, menacing and possession of marijuana.

He was lodged in the Clark County Detention Center.

Board discusses return to school

Clark County Board of Education members got a better understanding this week of what in-person learning might look like when... read more