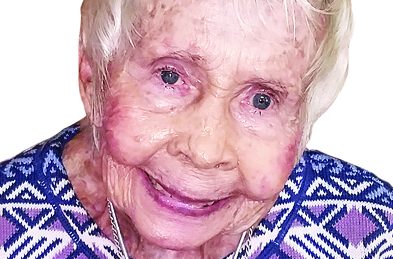 BRODY: There’s a lot to learn on the farm

I wrote this column in 1991, when we had lived on our Kentucky farm for five months. During those five months I had accumulated an astonishing number of mistakes. My husband had to go back to Florida and I was left to do it all.

You see, I had never lived on a farm nor in a 150-year-old house. So, it was with earnest hesitation that I confessed to all of these mistakes.

First, I almost burnt my bedroom down. And just knowing there were snakes in the basement kept me far, far away from down there. The problem was that was where my washer and dryer were.

There’s my total ineptness with anything electrical or mechanical and the time when I bought one herd of cattle, but two herds were delivered and I kept them all.

When I saw the vines climbing on the tree and around the tree bases, I attacked them earnestly. However, then I realized the vines were poison ivy.

It’s almost endearing to hear about all of the blunders of another human being isn’t it?

But it also feels a little like you have stepped over the line from endearing to just plain stupid. Frankly, I am counting on all of my friends here to love me anyway.

It is my family upbringing. I had never lived in the country or in a very old house with a ghost.

First of all, there were hornets or wasps or whatever grows large hairy legs and a bug flying in their little houses all over the veranda ceiling. You know those little suckers have bad attitudes. I don’t know how they got inside my house, but they did. I tried to kill them, but they wouldn’t die. They would get right back up and counterattack.

I had to go for the source of the trouble: their little outside houses. So I dragged a hose around to the front yard, and with deadly aim, I squirted full blast. Let me tell you, if I thought their attitude was poor inside, it definitely worse outside.

In the city, a little card arrived by mail every month billing us for the amount of electricity we used. I never even thought how they knew how much I used. In fact, in a big high-rise condo, all the modern conveniences were simply there and one simply paid for them.

Well, when we moved to the farm, the electricity company sent us a bill with little boxes that were drawn on it and an amount which we had to pay, and I did, until one bill came that was five times as much as it had ever been and you can bet I was right there ready. I called that electricity company to inform them that there was indeed a mistake.

Do you know what that telephone girl told me? She said I had never read the meter. They had sent out someone to the farm to read our meter and the found they had undercharged from the very beginning. So they tacked it all on one big bill.

“You wait just a darn minute!” I roared. “What do you mean ‘never read the meter?’ What’s a meter? What meter?”

The lady quietly explained that those little boxes on the card should be used to write the numbers on the outside of the meter every month.

“Why I’ve never heard of such!” I assured her that in the future, I would paint the little numbers in the little boxes, and also I’d appreciate if they didn’t guess the amount I owed. The nerve.

I’m not the smartest gal you know, but I’m not too old to learn.

As I said, life on a Kentucky farm is very different from anywhere I had ever lived and every day is a new lesson for me.

Before long, this same lady at the electricity company came out to see us arms filled with flowers.

You know what? In spite of all of the above mistakes, I have never ever loved living anywhere as much as I loved my little farm on the hill in Winchester. It is truly my forever home.

And the view from the mountain is wondrous.

Last Saturday morning, I took down a decorative, seasonal flag from the standard on our front porch and replaced it... read more