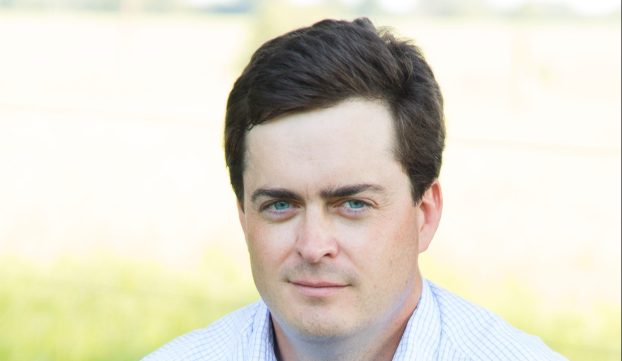 The recent proposals to site massive, industrial solar facilities on thousands of acres of Clark County’s prime farmland are alarming.

The area of Clark County being targeted by out-of-state solar developers is our most productive agricultural land – a part of the Inner Blue Grass region – recognized by the World Monument Fund as one of the 100 Most Endangered Sites on Earth.

The WMF described our region as “one of North America’s most distinctive cultural and agricultural landscapes.”

Where other Inner Bluegrass counties, such as Fayette, Bourbon and Woodford, have deployed their prime silt-loam soils to raise world-class Thoroughbred horses, Clark County has fostered a beef cattle industry that contributes significantly to Kentucky’s status as the eighth largest beef-producing state in the country and the largest east of the Mississippi.

The importance of agriculture to Clark County is evident in the 1,373 jobs – nearly one of 10 in the county – and $200 million in economic impact that agriculture generates.

Farmers, or perhaps more appropriately agribusiness-men and –women, are responsible for raising the food we eat.

If the importance of that fact is lost on anyone, you need only look back to this spring when COVID-19 paralyzed our national food system leading to shortages of fresh meat, produce and other agricultural products.

It was local producers and processors that stepped in with ready quantities of the foods that keep America running.

It’s worth mentioning that localizing food production is also a key step to reducing the large carbon footprint of the current national food system.

What would Clark County get in return for sacrificing its world-class farmland, local businesses, permanent jobs and property values? A vague, unspecific promise of increased tax revenue from a company that, by its own admission, has no experience in solar development and by another that has never completed a project half the size of the one it proposes in our community.

The jobs promised by the solar developers are short-term and will last only through the construction phase.

Although “construction” is perhaps the wrong word as evidenced by the solar representative’s recent description on a local radio program of the work only requiring a “nine-sixteenths and a five-eighths socket.” Are we really to believe that these would be well-paying construction jobs?

Contrary to the developers’ claims, once our prime soils are punctured with tens of thousands of steel pylons and set in thousands of tons of concrete, they will not be capable of being restored to their previous condition.

We have been accused by some of being NIMBYs, or Not In My Back Yard advocates.

There is a NIMBY aspect to this issue, but perhaps not one that you might expect. The actual NIMBY partisans are the voters and utility consumers from East Coast states who desire “clean energy” but don’t want to site such facilities in their own communities.

Since 2017, more than 90 municipalities in New York have instituted moratoriums on commercial solar development.

Yet last year, New York Gov. Andrew Cuomo guided a state mandate that will require New York to source 70 percent of its energy from renewable sources by 2030.

This taken with the exorbitantly-generous federal Investment Tax Credit is a recipe for policy disaster that incentivizes avaricious solar speculators to descend on local governments that in many cases lack the resources to make sound choices for their citizens.

We call on our local officials to pause and carefully weigh the costs and benefits of these proposed developments.

An agricultural area of global significance and extensive local importance is at stake.

Will Mayer is a farmer, smart-growth advocate and the executive director of Clark Coalition.

In the midst of a global health pandemic caused by the coronavirus, as a Democratic governor and a Republican secretary of... read more