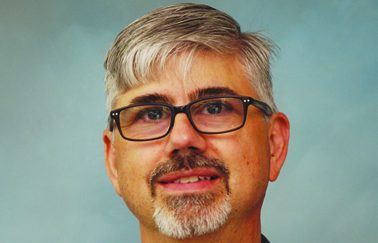 Pete Koutoulas is an IT professional working in Lexington. He and his wife have resided in Winchester since 2015.

Koutoulas: Keep your eye on the ball

Last week I mentioned that President Donald Trump seemed to be leading the country in turning a corner on the coronavirus pandemic, resuming his weekly briefings and publicly touting face coverings.

This week he is off track yet again, freewheeling it, complaining that Dr. Fauci and Dr. Birx — his top advisers on the pandemic — are more popular than he is.

“And yet, they’re highly thought of — but nobody likes me,” he whined, “It can only be my personality.”

I think that is a big part of it. But there are so many more reasons to consider why people may dislike this president.

Ever since Donald J. Trump announced his presidential campaign in 2015, each new day has brought more revelations of just how unfit for office the man is.

To point out all the evidence documented in books, articles and interviews — not to mention his constant barrage of tweets — would take up far more space than I have available.

But let’s do a brief rundown of a few of Trump’s “greatest hits.”

He publicly bragged about having sexually assaulted women.

He suggested that all or most Mexicans crossing our border are rapists seeking to bring drugs and crime to our streets.

His tweets are riddled with nonsensical statements, full of grammatical and spelling errors that could easily be corrected. Remember “covfefe” and “smocking gun?”

As Major League Baseball was reopening last week — and amid reports that Dr. Fauci would throw out the first pitch at a Washington Nationals game — Trump announced that he had been invited by the New York Yankees to throw out the first pitch at Yankee Stadium on Aug. 15. But neither the Yankees nor White House staff didn’t know about the trip, according to The New York Times. He just made it up, because he was jealous of Dr. Fauci.

Speaking of lies, President Trump has made 20,055 false or misleading claims during his term in office, according to the highly-regarded Washington Post Fact Checker database.

He’s the king of lies. As he might say, no president has ever lied as much as he.

As concerning — and occasionally amusing — as these incidents are, we are making a big mistake when we focus too much attention on such things while ignoring or forgetting the weightier matters.

His mishandling of the current epidemic has, in the estimation of many experts, caused thousands of needless deaths in the US.

Under Trump — supposedly the leader of the fiscally conservative party — the national debt had grown by historically unprecedented amounts — even before the pandemic spurred massive relief spending.

Then there is his fixation on building a border wall of dubious efficacy or need.

Don’t forget his immigration policies that separated families and placed children in cages.

He has turned his back on essential allies of the U.S. in Europe and elsewhere, while cozying up to brutal dictators, including Vladimir Putin. He has failed to acknowledge the threat posed by Putin’s country to American elections. And failed to act upon, or even acknowledge, the fact that Russia has been engaged in paying bounties for the lives of American troops.

His administration has rolled back environmental regulations that had been massively successful in cleaning up our air, land and waterways over the last 40 or so years.

Trump is currently sending heavily armed federal “agents” into American cities, against the stated desires of governors and mayors, to arrest citizens exercising their constitutionally protected rights. These government agents wear military-style uniforms with no markings or identification. This is clearly an illegal act.

As I said, these are just a few of the more egregious acts of a failed presidency. I could go on, but the point is clear.

Let’s keep our attention laser-focused on the big picture. Don’t get distracted by tweetstorms and tantrums. Don’t get sucked into making fun of his hair, his skin tone, or his insecurities. Don’t expend too much effort worrying about his incredible lack of literacy, or his inability to focus on any task for more than a few minutes.

Watch for the major injustices perpetrated by this administration. The racist, classist, misogynist and divisive policies aimed at keeping an elite few powerful people in control, while trolling a shrinking base of support.

Do what Trump can apparently no longer do. Keep your eye on the ball.

Numerous surveys indicate trepidation among parents about whether public schools are the best places for their children in a COVID-19... read more