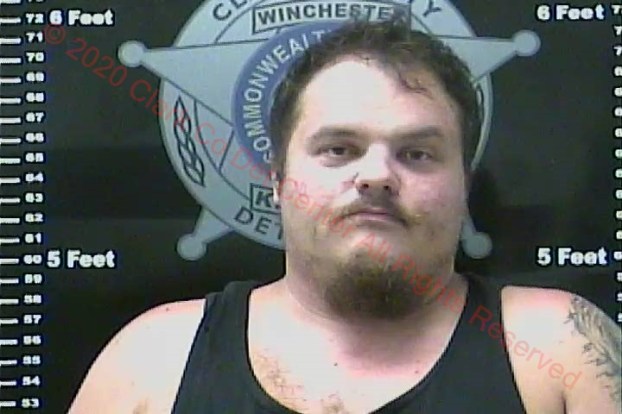 A Winchester man has been charged with sexual abuse for alleged misconduct with a child in his care.

Joshua Tell Maynard, 28, of Winchester was arrested Thursday on one count of first-degree sexual abuse of a victim under 12 years of age, after his parents reported allegations of the abuse to the Department of Community Based Services.

According to the arrest citation, Clark County Sheriff’s deputies were called June 15 by DCBS in reference to the case.

In an interview with deputies, Joshua Maynard’s mother, Pam Maynard, said the child and her son had been living with them since the child was born.

Pam Maynard said the child told her and another person in late March or early April that Joshua Maynard asked her to perform oral sex on him.

When confronted, Joshua Maynard allegedly said, “You know how little girls are.”

Pam Maynard also reported that she had previously been contacted by another person who alleged Joshua Maynard had touched her daughter inappropriately while he was staying at their home one night.

When deputies asked Pam Maynard why she waited to report the allegations, she said she “did not want to believe it and thought (the minor child) might have seen it on TV and made it up,” according to the citation.

In an interview with deputies, Joshua Maynard denied the allegations, and alleged his parents were coaching the child to make the allegations because they want custody.

Joshua Maynard is lodged at the Clark County Detention Center on a $50,000 cash bond.

Diana Royse couldn’t believe what she was seeing. She had left her home on Estes Drive to drop off her... read more