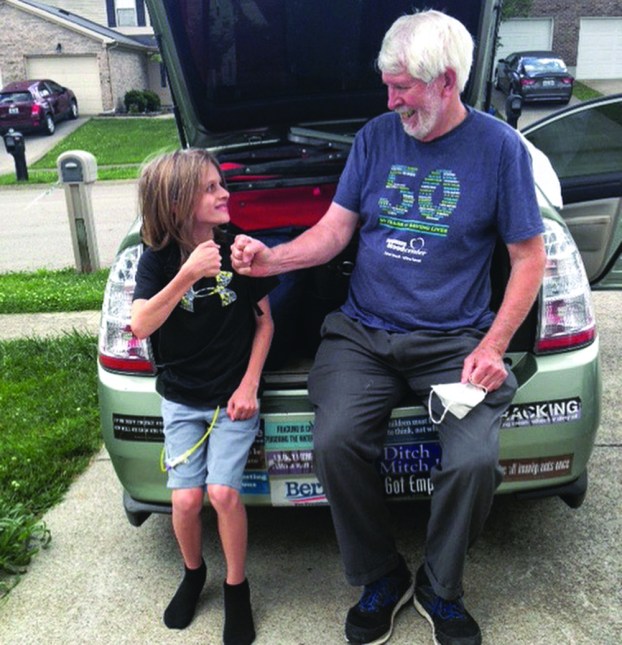 St. Agatha student collects luggage for those in foster care

Everyone needs a good piece of luggage, especially children in foster care.

Evan Richards, a 12-year-old St. Agatha Academy student, recently decided to collect suitcases or duffle bags for foster children, rather than gifts, for his birthday.

After a month of promotion, Richards and his mother Krystena Richards collected 55 bags in the last week for foster children in Kentucky.

“I have friends and family who do foster,” she said. “That’s how we know so much about it.”

When Evan’s birthday rolled around earlier this month, there wasn’t much else going on and Evan didn’t have anything specific that he wanted, she said.

“There’s not been a lot going on this summer,” She said. “We couldn’t have a party and Evan didn’t want anything specific, so we thought this would be a good way to go.”

They planned to accept the donations on June 20, but some shipped the bags early, and others came in after the fact. The donations were pretty evenly split between suitcases and duffle bags, she said, and many of them were brand new.

The Richardses connected with Don Pratt, a Lexington resident and former foster parent, who has been collecting luggage for foster children for about 20 years.

Pratt came to their on Wednesday and stuffed the 53 bags collected at that point into his Toyota Prius, she said.

The need for suitcases doesn’t end.

“There are a lot more kids in foster case than there are suitcases,” she said.

Brody: Time is our most precious commodity

There is a man, a good man. His mother lived in Winchester, and now lives in Florida. Because he was... read more