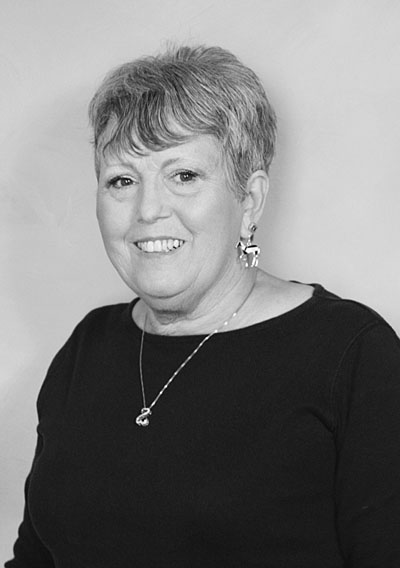 We are the kids of Kiddville

Yes, we are the kids from the ‘Ville. Oh, how proud we are to be from Kiddville

We are the kids who will never grow old. Because the memories of Kiddville are what we hold.

As little kids we all gathered around the store. Getting penny candy and wishing for more.

First, the owners were Elmer and Irene, Life seemed so new, scary, yet so serene.

Then Paul and Emma Lou became the fixtures there. Where many of us went daily and never worried about our hair.

Emma Lou made many a bologna sandwich each day. For the farmers around and some waited to pay,

Until they got their check for the week from hard farm labor Or until the cow or tobacco was sold, then they could pay their neighbor.

Emma Lou became the nurse for the “Ville, The memory of her delivering babies stays with me still.

It was there that the neighbors pulled up to get gas, Paul filled the tank, waved and you drove away fast.

You knew he would write it down in that little book. When you went to pay up, at your list you would look.

If there was news to be told, it was left at the store. Where if told in the morning, it made its rounds by the afternoon or before four.

It was on the meat scales, I weighed my baby girls. While their little body lay across the scale while their hair dangled with curls.

I went there each week and Emma Lou knew, just what we were to do. As she wiped the scales off and blew away maybe a crumb or two.

She carefully placed my babies across that scale. And remarked that she thought they were doing well.

I guess that is why with their nightly prayers they said, God Bless Emma Lou and Paul was what was in their head.

Kenneth and Iona later took over the store. They ran things there pretty much as before

Kiddville Baptist Church brought us all together as one. Where we gathered together for our good clean fun.

Where the biggest decisions of our lives were made. As “Just As I Am” on the piano was being played.

Kisses were stolen during a long prayer. Secrets were whispered and they still linger there.

Where we listened to Lucile Pace sing “The Pearly White City,” She made it sound real, and sang,”Oh So Pretty!”

Beulah Clay Ware had the most beautiful alto voice, She sang from her heart because she had no other choice.

The love of God still lingers with her today  As she is about to celebrate her 101st birthday!

It was a church where love did abound, Where friendships were made and Christ was found.

If there was a need, the neighborhood kicked in. Like when the Manleys’ house was flooded way back then.

The flood brought the whole church out, With mop buckets and sponges the whole neighborhood was about.

They saw a need and it was done, Working together was always fun.

The young ones learned about R.A.’s and G.A.’s where we produced a queen. When Margaret Ware did all required when she was a teen.

The memory verse,”Arise, Shine for thy light is come,”  is in our heart to stay. Where we recited it together, just the other day.

Where on Sunday night we sang our favorite hymn As each person called out what was special to them.

Oh, and lest we forget our precious Virgil Evermman, Who was the shining star of all.

He showed us how being handicapped was no problem and in my book he always stood tall.

Before his Mom died he used to sit at her feet, A Bible in her hand as she sat in her swing, it looked so sweet.

Mrs. Matt had a habit of pinching you,  Her recipients were glad when she was through.

After her death Virgil lived alone and did just fine. He understood it was up to him then, he had made up his mind.

Virgil helped out in Bible School and did what he could,  As he helped make shoe shine boxes out of wood.

Virgil was really good with a hammer and nail Oddly enough all the boxes turned out well.

He was happy by doing what he could for the Lord. He showed he was a Christian and lived on His word.

We all rode on his little golf cart. It blessed Virgil so much and gave joy to ours and his heart.

I have often wondered if he ever knew, Just how much he meant to me and to you.

We all remember the Christmas church plays Though we had little it was the happiest of days.

Catherine Combs worked hard and spent many hours as the director  Even though the kids could cause her some holy terror.

Like David Ware hiding all the fruit one night  Right before the scene she needed it in, she was a fright

He suddenly found it at just the right time. And she, none the wiser erased the crime

We patiently waited in our church seat  As a bag was passed to us for our own Christmas treat.

An Apple and orange, some special chocolate toes,  Some peppermint candy, Milky Way bar, how we loved those

How Charlie Baber was the go to guy for gum. If he ran out of gum, to Minor Combs we would run.

David Willoughby and Johnny Jefferson started Trick or Treat.  After that on Halloween kids were in the street.

We remember the time we had Hobo stew and we became a hobo. We ate the stew of an origin we never did not know.

We were shocked when the taste was so good. Just like everything else in that neighborhood

Those softball games we did love to watch and to play! Those memories will linger forever a day.

The homecomings after the revivals with wagons filled with food. We ate off the wagons and ate where we stood.

Lodema Parsons and Julia Pasley made it look easy to see. No one knew how hard they had prayed on bended  knee.

Oh the teen parties we had on Saturday nights. Where post office got played and there was never any fights

The old store no longer stands where it used to be.  That corner just is not the same for you or for me.

The memories are there, too hard to forget! The ghosts of that place stay with us yet.

The precious ones and our mentors may now be gone But their wisdom, caring and love for us still lingers on.

We gather together to celebrate. Those of us from Kiddville and memories so great!

We all truly care for one another. We feel like we are all sister or brother.

Our love for one another will never die. No matter how many funerals we attend or how hard we may try.

Sue Staton is a Clark County native who grew up in the Kiddville area. She is a wife, mother and grandmother who is active in her church, First United Methodist Church, and her homemakers group, Towne and Country Homemakers.

Collins: Is gender determined at birth?

On a personal level, I get along with most anyone. We may not agree on political views or religious beliefs;... read more