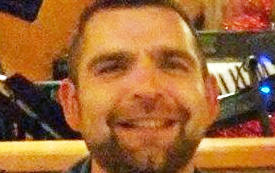 Greetings, I bid you welcome fellow cinephiles of Winchester!

The brisk October winds are blowing. The sunset explodes in the sky in all her vibrancy only to be in competition with the brilliance from below with the Technicolor showcase of the changing leaves rustling amongst us. These yearly happenings mean only one thing: Halloween is creeping up on us.

Like an old friend who comes to visit one day a year, Halloween has always had a special place in this Tell Tale Heart of mine. Since I was the size of Eddie Munster, I was schooled by my uncle/mentor in all that was and is Halloween.

As my brain downloaded more cinema and my knowledge of horror films increased, I found myself well versed and somewhat of a kid buff in the history of horror’s subgenres.

Before I knew it, I was watching every Vincent Price flick (he’s still my favorite), watching dubbed Italian zombie movies and tracking down old black and white films from the 1920s to enjoy on VHS reprints that were far from HD and 4K. I didn’t care, I was fascinated.

I began to dabble in special effects makeup and making homemade Super 8 film shorts after being influenced by the technical effects I saw in “The Exorcist” (1973) credited to makeup guru Tom Savini.

In my teens and 20s, I became known as the “horror guy” and worked in many departments each Halloween at my uncle’s haunted attraction outside Philadelphia until I left for my stint in the military. Not even there could I shake my love of horror films and Halloween.

Even the military saw my desire and appointed me in charge of throwing together our squadron haunted house at Columbus Air Force Base.

I even pulled off running the first ever haunted attraction in the middle of the desert in Abu Dhabi, United Arab of Emirates.

Horror movies have inspired me and have taught me a lot about myself over the years.

For naysayers or critics of horror movies or Halloween, I did not turn out evil, dark or depressed from this constant exposure. I’m actually a happy go lucky family guy, driven and love to help others.

I agree some horror is very brutal and tasteless. Horror is great because the genre is vast and there is always something to appeal to the curious viewer. Let your Halloween horror hootenanny begin!

I have realized through horror movies and Halloween, I have acquired a lot of skills  I use today and have come to appreciate all film, music, literature and art. The dire circumstances and foreboding terrors central in the plot of most horror titles have made me love my life, family and friends even more.

At least I’m not being chasing by a two headed vampire through a subway with a weed eater like that poor guy on the screen. I have it pretty good and am very grateful.

Treat yourself to a horror movie marathon this Halloween and be festive. Maybe check out one of the titles I mentioned and you will find a new treat for a cold October night.

Like Vinny P. eloquently put it, “No mere mortal can resist the evil of the thriller!”

Have a fun, FILMtastic Halloween!

Rick Baldwin is a writer, filmmaker and film/music historian. He is president of the Winchester-Clark County Film Society (facebook.com/WCCfilmsociety). Find more from Rick on Facebook at facebook.com/ricksrhetoric/ and online at theintestinalfortitude.com/category/reviews-editorials/ricks-rhetoric. He is on Twitter @rickbaldwin79 and can be reached by email at rickbaldwiniii@hotmail.com.