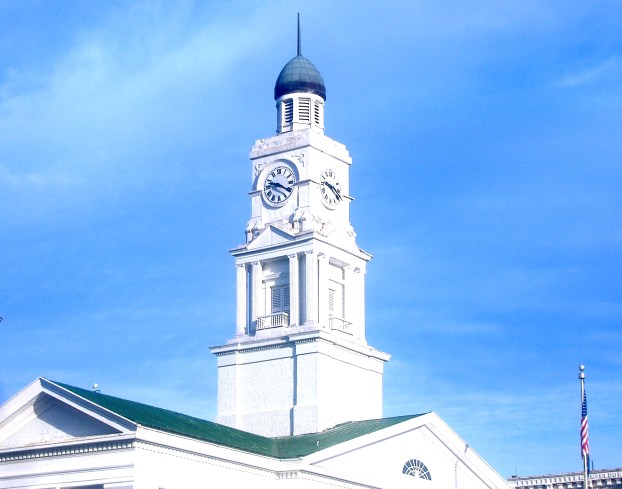 County budget gap could be $435K

After two budget workshop meetings, the county could be short by more than $435,000 in revenue for the coming fiscal year.

“I’m conservative and I’m making an estimate,” he said.

The magistrates are scheduled to meet April 19 specifically to discuss the budget and make recommendations.

The court must approve a first reading of the budget by May 1 so it can be sent to Frankfort for state approval. Branham said he would present a proposed budget to the magistrates during the regular meeting April 26.

He is still waiting to hear about how much the county could, or could not, receive in municipal road aid. Wilson said he was told to budget less than last year’s $147,000, but still has not been told what has been allotted to the county. The funds can be used for unincorporated areas with more than 2,500 population, he said.

County Emergency Management Director Gary Epperson said his budgets remained the same, aside from requesting $21,000 for a boat which would be used for emergency management, solid waste events and by the Clark County Fire Department for rescues. The three departments would split the cost of the boat, he said, and the fire department already has most of the equipment on hand.

Clark County Fire Chief Billy Jones asked for $190,000, financed over five years, to purchase all new breathing apparatus for the department. The current tanks and equipment are 13 years old and parts are becoming more and more difficult to find. He also requested $27,000 for a used truck to serve as the base for a new brush truck for the department.

Animal Shelter Director Adreanna Wills also requested $30,000 for a second vehicle for her staff. The county bought a new truck last year but Wills said she is using her personal vehicle while the county’s animal control officer uses the new truck.

Clark County Coroner Robert Gayheart recommended the same budget as this year, less the purchase of a new vehicle.

Steve Noble of the county’s home incarceration program asked for slightly more than $172,000 to account for raises and increased monitoring costs after switching to a new program.

According to the latest estimates by the U.S. Census Bureau, Clark County’s population has grown less than 1 percent since... read more